ANNA is a non-profit space for interdisciplinary art projects in Leipzig. Follow us on Instagram and sign up for our newsletter for all upcoming dates & news. 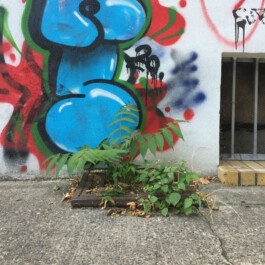 Together with author Paul-Philipp Hanske and the designer Aurelia Markwalder we will flânons through the immediate neighbourhood of ANNA; the historic ‚Kolonnadenviertel‘. The centre stage of this stroll take the oddities of this city space, especially the urban flora, which has been planted and fenced in by humans but still proofs its wilfulness.

Following the tour Aurelia Markwalder will create a limited-edition map, with the help of which the citizens of Leipzig can go on a tour of discovery through the district on their own.

Paul-Philipp Hanske, born 1975 in Regensburg, is the founder and partner of the editorial agency Nansen & Piccard in Munich, where he’s responsible for cultural topics, among others. With his colleague Benedikt Sarreiter he wrote the book „Neues von der anderen Seite / News from the other side“ (Suhrkamp, 2015), in which they detail their psychedelic renaissance. Also published by Suhrkamp from Hanske are the 2018 work „Die Blüten der Stadt / the blossoms (‚Blüten‘ / blossoms is also a synonym for forged money in german) of the city“ (together with the photographer Christian Werner), which presents and explains the urban flora during the changing of the seasons. At the moment he is working towards the phenomena of ecstasy in contemporary culture, on which he will publish a book together with Benedikt Sarreiter at Matthes & Seitz Berlin, in early 2023.

Aurelia Markwalder, born 1980 in Basel (CH), has lived in Leipzig since 2006. Before that, she completed her training as a cook in St. Gallen (CH) and worked for three years at the lithographic print shop Stoob. During this time she printed flyers and posters for the St. Gallen art, culture and gastronomy scene in her own lead-typesetting workshop. In 2006, while studying at the Hochschule für Grafik und Buchkunst, she met Luise Bartels on a rooftop and since they've worked together as a freelance graphic artist and type designer under the name "Ernst und Mund". In 2017, they founded the multiple award-winning workshop "More Impression" in East Leipzig, which combines analogue lead type with the digital user interface of the computer. 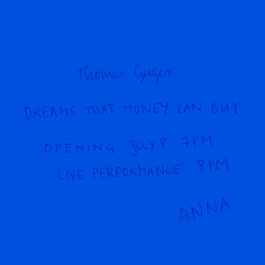 Dreams that money can buy is a continuous series of (so far) 19 dreams, which I wrote down in the last years after waking up. The connection between these dreams are that they’re all narration of encounters with other artists and their (fictitious) work: a.o. Daniel Spoerri, Kurty Ryslavi. The title references a eponymous film from Hans Richter (1947), in which a man decides to sell his dreams – and in which numerous artists and their (fictitious) work are seen in supporting roles and dream sequences, too: Man Ray, Marcel Duchamp, Alexander Calder and Fernand Léger.

Dreams are not just a personal and intimate occurrence, but also this place, in which we are connected to a new environment. The dream, in that sense, contains a peculiar characteristic, because it’s not only a private and individual realm, but also creates a place of commonality. This thought frames my performance, for its basis are the dream-texts. The curators themselves will transfer these dreams to the audience. This uses the form of retelling, so verbal medialization, through which the dreams not only become public, but there is also a new narrative level begot between the performers and the audience. As a result the dreams are being disconnected from their author and open up a new plain of reality, in which the dream-encounters and the artworks become autonomous. 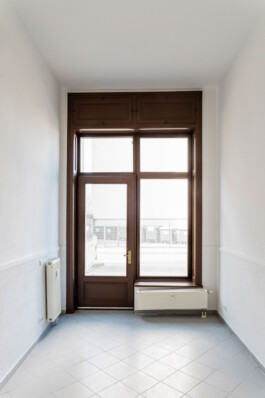 Copyright
All rights reserved. Text, images, graphics, sounds, and animations, as well as their arrangement on this web site, are subject to copyright protection and other protective laws. The content of this web site may not be copied, distributed, altered or made accessible to third parties for commercial purposes.

Liability
The information in this website has been carefully researched and diligently compiled. Nevertheless, ANNA does not accept any liability or give any guarantee for the validity, accuracy and completeness of the information provided. ANNA assumes no legal liabilities for damages, material or immaterial in kind, caused by the use or non-use of provided information or the use of erroneous or incomplete information, with the exception of proven intentional or grossly negligent conduct on the side of ANNA.

General
Your personal data (e.g. title, name, house address, e-mail address, phone number) are processed by us only in accordance with the provisions of European data privacy laws. The following provisions describe the type, scope and purpose of collecting, processing and utilizing personal data. This data privacy policy applies only to our web pages. If links on our pages route you to other pages, please inquire there about how your data are handled in such cases.

Newsletter
Following subscription to the newsletter, your e-mail address is used for our own advertising purposes until you cancel the newsletter again. Cancellation is possible at any time. The following consent has been expressly granted by you separately, or possibly in the course of an ordering process.
You may revoke your consent at any time with future effect. If you no longer want to receive the newsletter, then unsubscribe by sending a request at info(at)annaleipzig.de

Disclosure
According to the Federal Data Protection Act, you have a right to free-of-charge information about your stored data, and possibly entitlement to correction, blocking or deletion of such data. Inquiries can be directed to the following e-mail address: info(at)annaleipzig.de

If you have any questions, please contact us at: info(at)annaleipzig.de